Another Tale from The Enchanted Realm

I was on retreat at the Monastery of Bethlehem, in New York ‘s snowy Catskills, in April 2018.  One evening, while walking back to my hermitage, I passed a pile of firewood topped with large wooden sign, hand-painted in this calligraphed quote:

He manifested himself alive + Whether we believe or not + we belong to God + whether we feel it or not + He exists + He is MY self + He is my Lord + and in the moments that all seem dark to us + even in the heart of times where God does not exist for us + God does exist + as He was for the Prophets + the Apostles and the Saints + so is He for us + as small, sinful and humble as we can be +  +  When the sun had set and darkness had fallen, a burning  furnace and a flaming torch passed between the parts + +

That spring, Providence sent me on that retreat to read that sign.  When I arrived at the Monastery, I was in a tailspin.   The pressures of being a pastor were getting the better of me.  I was worn out and disillusioned.  Did I really believe the whole business about the Trinity, Jesus, the Church, the Sacraments and the priesthood?  Was it real? But, when I read that sign, I suddenly believed again.  It was an involuntary and welcomed return of conviction.  Don’t get me wrong, I can believe while not believing, know while not knowing, and see while not seeing.  I suppose that’s the death that brings life.  After all, a comfortable or presumptuous faith has little impact.  Faith must die – sometimes more than once – in order to live.  Trees look dead in winter, but spring proves their life.   “Unless a grain of wheat falls into the earth and dies, it remains alone; but if it dies, it bears much fruit” (John 12:24).  I’m inclined to question everything, to wallow in uncertainty – for a while.  Only grace can supply needed conviction.  “Do not worry about tomorrow” (Matthew 6:34).  When I arrived at the Monastery, I was torn between my parish’s temporal needs and its sacred mission.  At times, I would just do what I should do only because I didn’t have to.  That said, I felt stung by St. John Paul II’s words: “Woe to the Church if she were to be so involved in temporal issues that she had no time to devote herself to subjects which concern the Eternal!” On that snowy retreat, the sign by the woodpile cleared it up for me:  God exists.  But not always for me.  That’s how God purifies.  God’s “no” prepares us to say “yes.”  He “absence” prepares us for his “presence.”

+  +  When the sun had set and darkness had fallen, a burning  furnace and a flaming torch passed between the parts + + 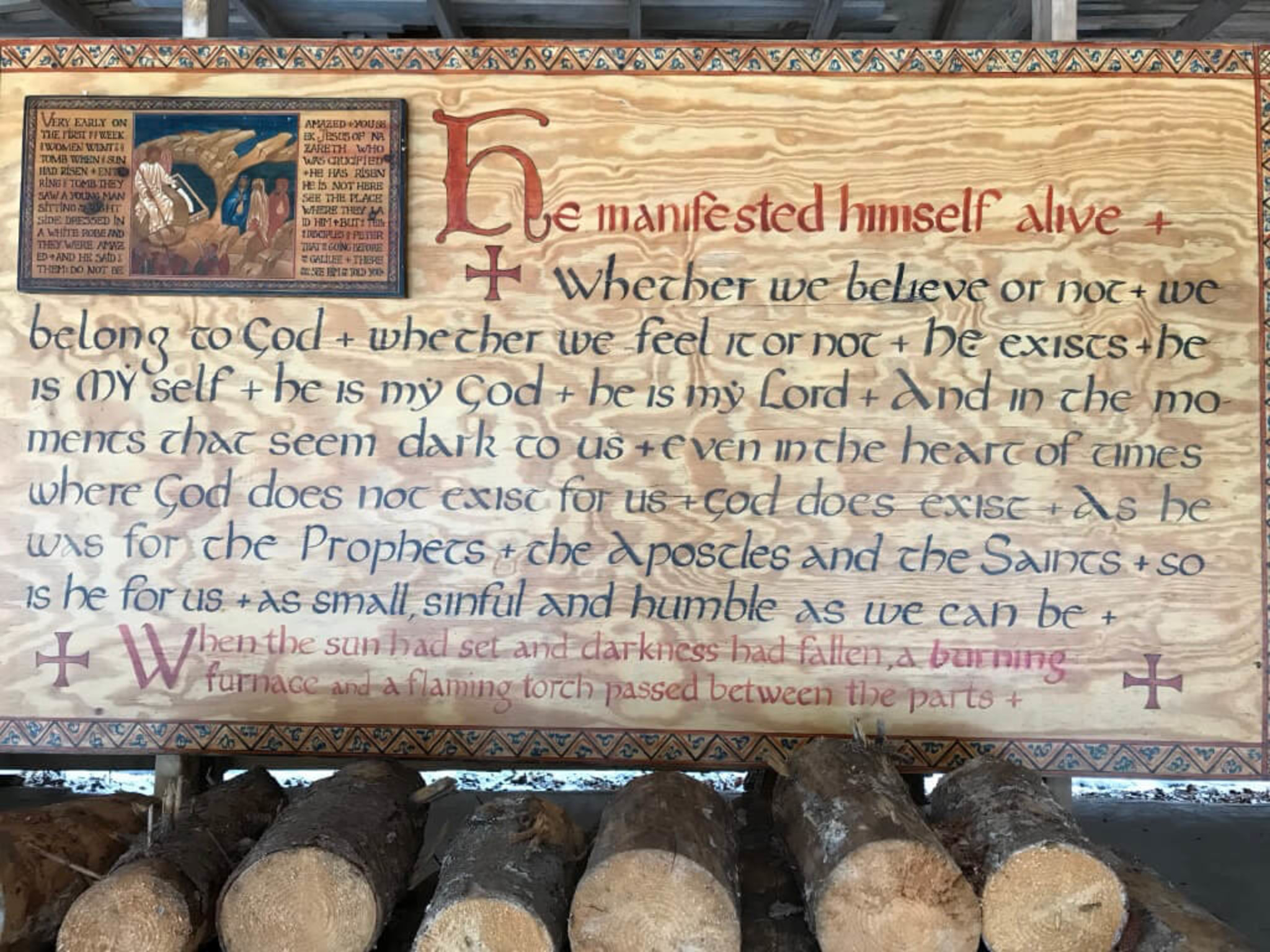 Categories:
Messages from the Pastor, Stories

The Crisis of Faith

Seth McMinn had over a dozen bumper stickers on the transom of his 2003 Honda, Element, which he street parked in front of an... END_OF_DOCUMENT_TOKEN_TO_BE_REPLACED

This Thing that has Happened: Thoughts on Christmas

When the angels had left them and gone into heaven, the shepherds said to one another, ‘Let’s go to Bethlehem and... END_OF_DOCUMENT_TOKEN_TO_BE_REPLACED

Advent is About Mary

“Jesus is conceived by the Holy Spirit in the Virgin Mary’s womb because he is the New Adam, who inaugurates the new... END_OF_DOCUMENT_TOKEN_TO_BE_REPLACED