A Funny Thing About the Holy Spirit

When Charles Darwin moored his ship, the HMS Beagle, on the Galapagos Islands in 1835, his observation of mockingbirds (and tortoises) provoked his first doubts about the idea of “stable species.”  His famous theory of a “natural selection” style evolution began to churn in his mind.  I can see why.   Many things in nature tend to blend in and mimic their surroundings, as if they’re mocking their ecosystems.  This is both survivalist (from Darwin’s perspective) and aesthetic (from my perspective).

However, there are some exceptions, like colorful accents here and there.  For example, imagine a translucent orange red-spotted newt resting on a bed of green peat moss, or the occasional red-orange necklace around the silver sheen of a young Northern Ringneck snake.  It’s as if God put a sign on these critters saying “Eat Me.”

When I observe nature, I am just as caught off guard by what stands out as I am by what blends in, as if the joke was on me.

It makes me wonder why there was ever a theory of “stable species” in the first place.  If species were “stable,” then nature would be neither amazing nor surprising, sort of like a Puritan’s Mardi Gras party.   Darwin travelled halfway around the globe before having his “ah-ha!” moment, but a backyard or a neighborhood park is all you need.  In my view, there is nothing in nature that suggests rigid “stability.”  There are also many things that don’t quite fit the clean but multi-linear logic of evolution.  Rather, nature is more like an oil painting that elegantly and organically comes into focus as the serene artist patiently does his work, until he has an impulsive moment and splatters clashing colors where you’d least expect it.

From a human standpoint, nature keeps us jumping, jolting, watching, wondering and pondering.  I am just as jarred by the surprise of a bright orange copperhead as I am when, with delayed perception, caught off guard by the camouflage of a cottonmouth tangled in cypress roots near my boat.   Some things stand out.  Others blend in.

Either way, they all make me jump with life-giving fear.   Like I said, they’re mocking their surroundings, including me.  I recall sitting with my sister on a dock along a bayou, gazing at what looked like an old tire with deep treads lazily floating about a yard away.   The “tire” started to role forward, which was strange because flotsam doesn’t role in water, unless it’s alive.  When it continued to slowly role, something deep in my brain said “monster!”  I was tricked!  The “tire” was in fact the fat back of huge water moccasin humped over something in the bayou, with its head resting on a stick more than three feet forward.  On another occasion, there was the first illusion of seeing a log floating among cypress knees and then the second illusion of noticing that the log had eyes.  Like many things in nature, alligators are more wont to see than be seen.

If a scientist isolated and dissected an alligator in a lab, he would learn nothing about the wherefore and the why.

The hunter who kills a gator for purse makers can tell you more about it than the scientist who receives it as a federal grant in a formaldehyde bag.  The former kills the reptile, but the latter kills the mystery.  The scientist might learn how to use it or fix it, or how its plumbing works.  But when a thing loses its mystery the observer loses wisdom.  The more we analyze things, the less we know them.  Sometimes knowledge creates ignorance.  But when we truly “see” something, we see the Thought of God.  We become wise.  Wisdom sees the big picture.  Wisdom is knowledge gained through Love.  It cannot be gained in any other way.   As St. Thomas Aquinas said, anything can lead to Everything.   But we must first be “taken in” by something, just like a lover is “taken in” by someone.  We must also be “taken in” by the “world” that gives life to what and who we love.  An ecosystem – a context – preserves the mystery of its inhabitants and thus preserves the inhabitants.   Only in an ecosystem can we begin to see something as it is, if we have the privilege of seeing it at all.

Nature is full of illusions.  She is a bag of surprises.   We must let nature play her tricks on us if we want to know her.  Because that’s what she does and who she is.   We should let her surprise us before we seek explanations.  While science explains some things, it doesn’t explain everything. Nothing explains everything because everything can’t be explained.  In one sense, everything “is” before it “is something.”  Children perceive this best because they say “Look!” before they even know what they’re looking at.  When I’ve visited kindergarten classes, some kids raise their hands before I’ve even asked a question.  It’s not the question that invites hand raising.  Rather, hand raising invites the question.  Why?  Because that’s what five-year-olds do.  Love doesn’t start with explanations.  It finds joy and wisdom in mystery.

In the Creed, we say that the Holy Spirit is the “Lord and giver of life.”

We might as well say the Holy Spirit is the “Lord and giver of everything” or the “Lord and giver of worlds” or “ecosystems,” though this is not what they settled on at Constantinople in 381 A.D.   If things “evolve,” or if they have inexplicable weirdness, or qualities that can be explained by evolution, or qualities that can’t be explained by evolution, or qualities that can’t be explained at all, then my “eye” gazes into some life-giving Wisdom within it.  Why is there anything in the first place?  And why should it evolve?  Why should it naturally select?  Why should any form of life “evolve from crystals,” as some scientists say?   There is no reason why the “Big Bang” ought not have been a flock of mockingbirds bursting forth from Nothingness singing “chewy-chewy-chewy-chewy.”  But I find that crazy idea less amazing than what seems to have actually happened, that is, that mockingbirds evolved from living matter, which evolved from crystals formed in the course of an expanding universe.  It isn’t so much that these explanations point to God, but rather it’s the amazement that points to God.  After all, theories and explanations are written down in an alphabet, which encrypts spoken words, which are uttered noises, which express silent encounters, perceptions and thoughts.  We must not lose the experience encrypted in the word.  It’s the unspoken, non-verbal, silent amazement within us that makes first contact with everything, including God.

What explains amazement?  There is no reason why Earth shouldn’t have turned out boring like Mars, so much so that even scientists would be bored with science.   But it didn’t.  Darwin didn’t sail the world in the HMS Beagle because he was bored with nature, though he may have been bored with England.  There even seems to be a life-giving Breath that gives us a sense of beauty and wonder at the taste and texture of “lifeless” minerals, which evolution suggests may not be so lifeless.  What could possibly explain our fascination with, say, Himalayan pink salt, which you can either get for $4.98 (8.3 oz. with grinder) from Wal-Mart or in the form of a lamp for $90 from the Himalayan Trading Company?

I recall sitting on the deck of a lake house in Arkansas when a brilliantly painted butterfly landed on the railing.  My three-year-old nephew leapt to the butterfly with glee, loudly squealing in a child’s voice “Look at that!” as if he had just seen a magic trick.  He did see a magic trick.  The Holy Spirit performs trillions of magic tricks every second.   This is his funny work.  But do we have eyes to see?

That’s Love.   Love is the Breath that jolts the universe into being and evolves it into beauty, and it amazes us.   We humans are privileged participants in this game.  For us, to “see” our world is to “love” it.

When a young man is in love, people often say, “What does he see in her?”  “Ubi amor ibi oculus.”  “Wherever love is, there is also the eye.”   Love always respects the mystery of what it loves.  At the core of love is an affirmation: “It is good that you exist!  For me!”  Though a lover wants “to know,” he or she also respects the mystery of the beloved.  There are some things that will not be known about the loved one.  Call that experience “reverence.”  The lover knows that if he becomes too possessive, like clipping a rose, he will kill the mystery that makes his beloved lovable.  Love sets free and gives life, and therefore love blossoms into Wisdom.  And Wisdom bears the sweet fruit of Peace: “Blessed are the peacemakers, for they shall be called children of God.”  This is the experience by which we discover and know the Creator. 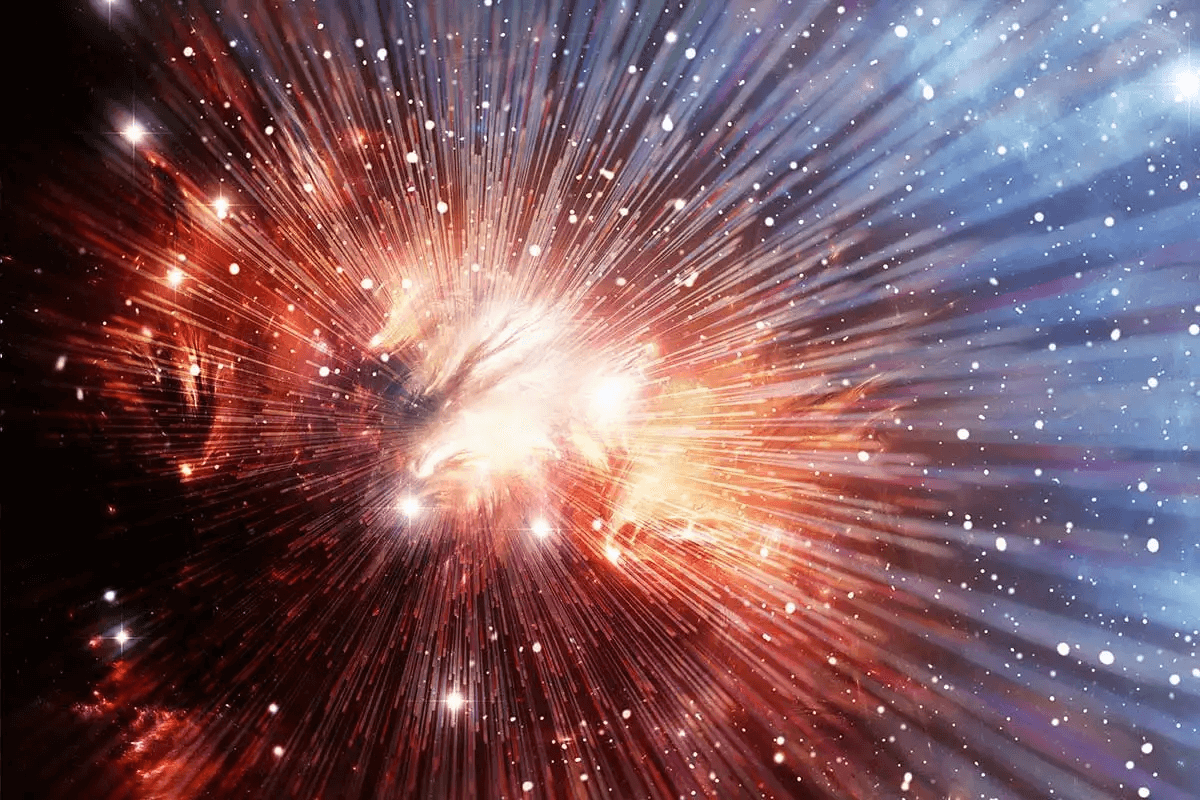 Fifty Years Ago: The Summer of ‘72

It was an overcast day in June of 1972. I gazed out the backseat window of our new blue Oldsmobile Cutlass as we left... END_OF_DOCUMENT_TOKEN_TO_BE_REPLACED

Be Sealed with the Holy Spirit!

Several Our Lady of Lourdes youth will receive the Sacrament of Confirmation at the 12:00 PM Mass this Mother’s Day weekend. Bishop Emeritus Paul... END_OF_DOCUMENT_TOKEN_TO_BE_REPLACED

Some Words on First Communion at Our Lady of Lourdes

Second grade children from Our Lady of Lourdes will be receiving their First Communion at the 10:00 AM Mass and 5:00 PM Spanish Mass... END_OF_DOCUMENT_TOKEN_TO_BE_REPLACED